Level regulator and tank switch,  with pump activation and solenoid valve. In addiction resistance management and security time out.

Loading cycle of a boiler with one level probe: The loading function regulates and controls the correct level of water in the boiler. 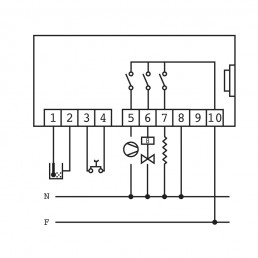